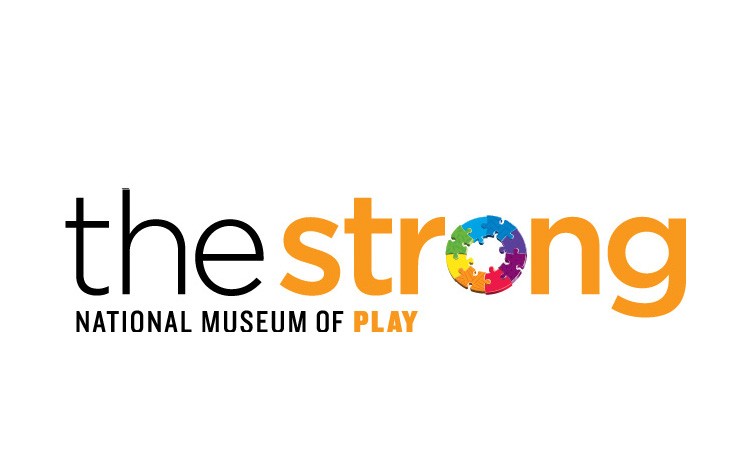 Over the years, The Strong has collected various oral history interviews of play-related topics, including recollections about the museum’s founder, Margaret Woodbury Strong; memories of dolls and other playthings; stories from former toy and game company staff members; and more. The Brian Sutton-Smith Library & Archives of Play will make collections of these oral history projects accessible online to researchers as digitization occurs.

Women in Games at The Strong

The Women in Games initiative at The Strong began in 2017 as a key program of the museum’s International Center for the History of Electronic Games (ICHEG), building upon The Strong’s already extensive holdings of more than 60,000 video game-related artifacts and more than 1,000 linear feet of physical archival records (including design documents, marketing materials, correspondence, presentations, photographs, and more) that tell the history of video games. The Women in Games initiative shares the ever-evolving story of women’s contributions to the video game industry. In 2018, to commemorate the opening of The Strong’s new Women in Games exhibit, the museum hosted an evening of presentations from, and discussions with, women who have impacted the electronic games industry, past and present; the following day, the speakers met with students for roundtable dialogues. The panelists also sat for recorded interviews with staff members from The Strong. The success of the 2018 Women in Games: Inspire! events spawned a now-annual celebration, with similar events occurring in 2019 around the theme Women in Games: Create! Photographs, audio recordings, and transcripts from the Women in Games events in 2018-2019 are now available to researchers across the globe here on Preservica.

The Doll Oral History Project collection is a compilation of oral history audio cassettes, transcripts, photographs, reports, and other documentation on this project from Summer/Fall 1987, administered by consultant Dorothy Washburn for the Margaret Woodbury Strong Museum. This project selected the museum’s doll collection as stimuli to prompt memories from women who had played with dolls between 1900 and 1940. With funding from the New York State Council on the Arts, Washburn conducted a four-month series of interviews with 97 area women. Participants were interviewed in front of a display containing a selection of dolls from the decade during which they played with dolls. They were asked to identify dolls that were similar or identical to their own playthings and asked how they played with them. Then, the women were asked to sort a series of photographs two ways: by the dolls which they preferred and disliked, and by the way they thought of the dolls during play. Many participants also brought their own dolls to the museum and were able to share family photographs for the museum’s reference. The digitized transcripts of the oral history interviews (and associated indexes) are accessible online.

The Parker Brothers Oral History Project collection is a compilation of audio recordings and transcripts. These interviews were originally conducted by Professor John J. Fox of Salem State College (now, University) in November and December 1986 as part of his research on the Parker Brothers Company of Salem, Massachusetts. (Fox published the article “Parker Pride: Memories of Working Days at Parker Brothers” in the April 1987 issue of Essex Institute Historical Collections.) Fox later made and distributed copies of the audiocassette recordings from these interviews, signing letters of transfer for these audiocassette recordings to be made public for research purposes. Staff at The Strong transcribed the audio interviews in 2020; transcripts of the oral history interviews and their associated audio recordings are now available online.

Dr. Annelise Heinz, a historian of modern America, has been researching and writing about mahjong for more than a decade. In 2021, her book Mahjong: A Chinese Game and the Making of Modern American Culture, was published. Dr. Heinz has donated dozens of digital audiorecordings of interviews she conducted with contributors to her research on mahjong in America. These oral history recordings are available online for research use.

Video Interviews from the Toys for Bob Collection

The Toys for Bob collection contains original documentation related to the development and production of character figures for Skylanders: Spyro’s Adventure (2011). Materials in this archival collection include timelines, schedules, design guidelines, digital sculpt mockups, notes, correspondence, artwork, concept drawings, presentation images, and more. Also part of this collection are video oral history interviews of Toys for Bob staff members, conducted in 2017 by staff members at The Strong; these interviews are accessible online for research use.

In 1989, oral historian Mia Boynton conducted a series of interviews with people who had known or been employed by Margaret Woodbury Strong and Homer Strong during their lifetime. These materials, part of the Margaret Woodbury Strong collection in the archives, include audiorecordings, transcripts, notes, and other related documentation. The digitized audio recordings from this collection are available online.

© Copyright 2023
©2023 Preservica
We use cookies so that we can provide you with the best user experience possible. Click Accept to confirm that you are happy with us to use cookies.